NGOs, associations and the surfer community are being mobilised by Morocco’s Surfrider Foundation, which aims to protect the coastal environment and natural heritage. Led by surfers and the Moroccan Business Confederation of Surf Travel (CEMST), they are speaking out against the proposed desalination plant at Cape Ghir, north Agadir – Morocco. Not only from an environmental point of view but also as the development will block access to the internationally renowned surf spot, Boilers.

What impact do the coast, the surf and the waves have on the region ?

Boilers is know as one of the best surf spots in the region. The area to the north of Agadir is a surfer’s delight (from beginners to experienced, some coming from far away), and local businesses profit from the thousands of tourists visiting every year. The area of Taghazout has developed its economical environment/business around surfing: surf camps, rental stores, board repairing, hostels, restaurants, car rentals, crafts shops, hotels, cottages, etc. Boilers has attracted a large number of surfers and triggered tourism in this area. The waves are crucial to the survival of a large number of locals.

What about our environment ?

We want to express some concerns, which deserve to be examined. This kind of project has serious consequences … The impacts of such a sea water desalination plant is large and could damage the entire Bay of Agadir: for example, impact could include disruption of the coastal ecosystems (flora and fauna) and water quality due to the release of brine, a concentrated salt solution (see attached file).

What are we looking to achieve ?

As representatives of the surf and coastal community we demand that access to the site remain open, that our concerns regarding the environmental impact assessment (EIA) of the project are taken into account and that the community is involved and can express their point of view on this topic. We also want to act as consultant for public inquiries. 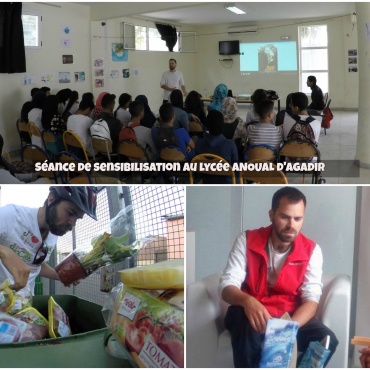